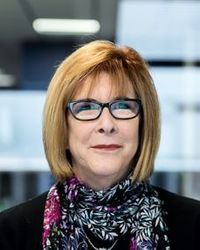 Diane Nunn serves as the Judicial Liaison for the National CASA/GAL Association for Children. Prior to joining the National CASA/GAL Association, she was the founding Director of the California Judicial Council Center for Families, Children & the Courts. While Director, the Center received the American Bar Association’s Hodson Award which honors outstanding government or public sector law offices. Before working at the Judicial Council, Diane was a juvenile court referee hearing both dependency and juvenile justice cases. Prior to that, she was an attorney in private practice with special emphasis on family law and domestic violence prevention and intervention. Diane was recognized by the California Court Appointed Special Advocate (CASA) programs for her efforts on behalf of the programs and the children they serve. Diane is a recipient of the Outstanding Legal Advocacy Award from the National Association of Counsel for Children (NACC), and the first Annual Mark Hardin Award for Child Welfare Legal Scholarship and Systems Change from the American Bar Association Center on Children and the Law. She was also honored with a distinguished service award from the Judicial Council for her positive leadership contributions to court administration in California.