Washington CASA Association is a network of 10 local programs in Washington state serving 12 counties. Through our valued membership with National CASA/GAL, we belong to a network of 950 community-based programs nationwide, that recruit, screen, train, and support court-appointed special advocate (CASA) and guardian ad litem (GAL) volunteers. Those advocates are volunteers, just like you, who stand up and speak out to help children experiencing abuse and neglect. 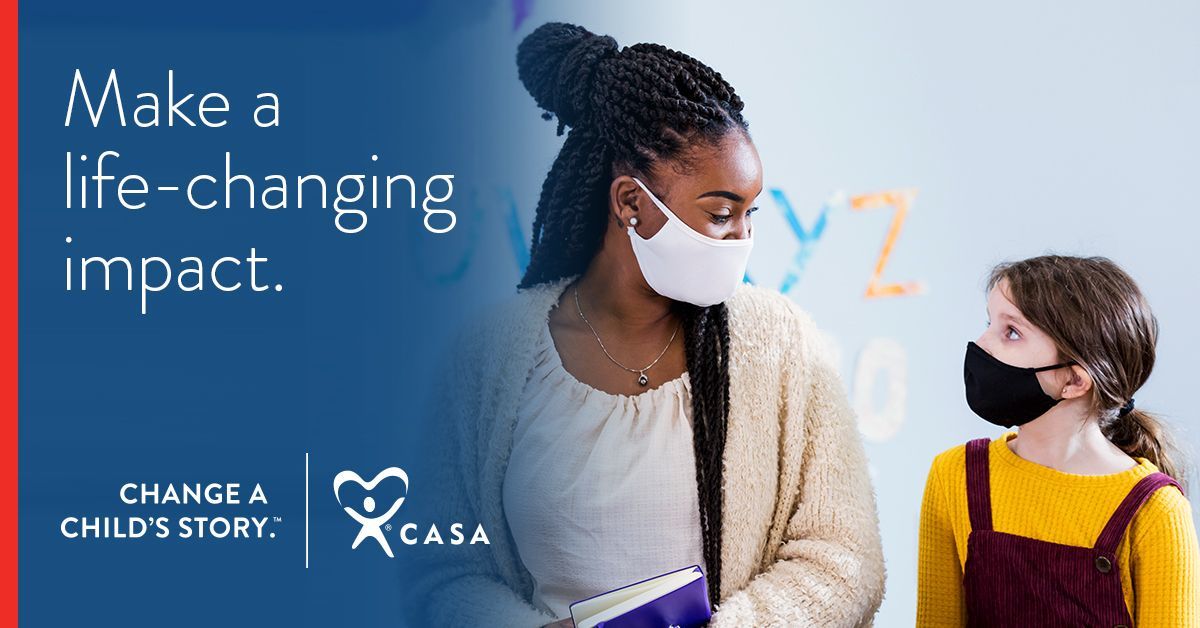 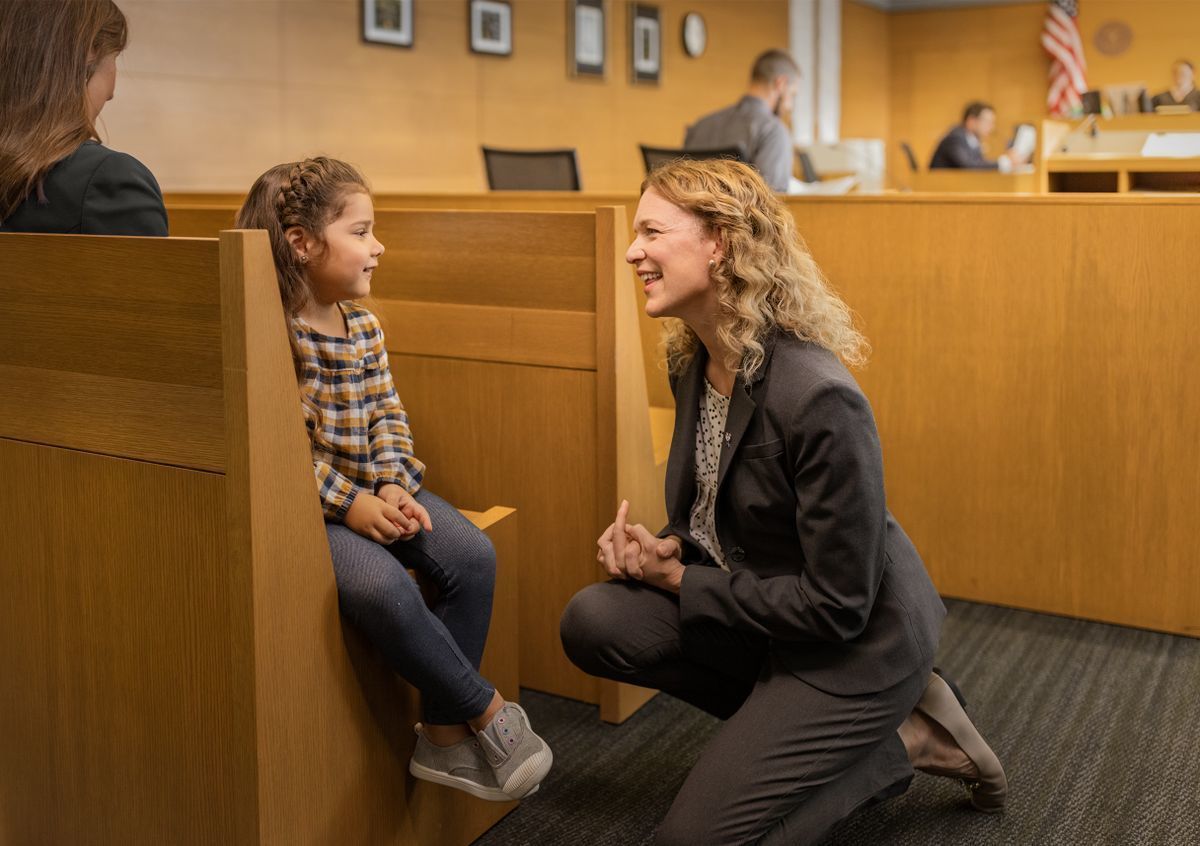 For a child who has experienced neglect or abuse, having a caring CASA Volunteer to advocate for them can make a life changing difference.

Children who have experienced abuse or neglect are involved with multiple systems—the court system, the child welfare system, the health care system, and the school system. CASA volunteers  help connect the dots between these systems to ensure that information is shared, when appropriate, to get the best possible outcomes for children and youth.

During the school year  CASA volunteers advocate for children to ensure they have access to the educational resources needed.

If you would like to support the children, youth and families, learn how you can become a CASA/GAL volunteer here.

Parents rely on a range of center- and home-based options for their children’s early care and education (ECE). Providers support children’s early learning and development, and give parents time and space to pursue their own school, work, and training opportunities. Despite these myriad benefits, many families face barriers to accessing care—particularly regulated ECE programs—due to limited supply and high costs. The COVID-19 pandemic has exacerbated such barriers as the ECE field deals with staffing and financial challenges.

Home visitors can help families learn about the complex ECE system, connect them to services, and ease the enrollment process. They can support families in searching for and selecting an ECE provider that meets their needs.

This research brief summarizes the available research to address the following questions:

How does ECE benefit children and families?
What challenges do families face accessing ECE programs?
How can home visiting better refer and connect families to ECE services?
What are the implications for research and practice?

This brief was developed for the National Home Visiting Resource Center and is available on its website. The NHVRC is led by James Bell Associates in partnership with the Urban Institute. Support is provided by the Heising-Simons Foundation and previously from the Robert Wood Johnson Foundation.

“Bringing a pack of diapers to a home builds trust because it sends a message that I see you, I see your need.”

One in three families in the United States struggles to provide clean diapers for their babies. To alleviate the health problems and economic concerns associated with diaper need, a Maryland-based home visiting program partnered with its local diaper bank. In this video produced for the National Home Visiting Resource Center, program staff across partner organizations share their experiences and how critical the partnership is to their work.

Also see our research brief on the “Role of Home Visiting in Addressing Diaper Need” for other promising strategies.

The video is available on the National Home Visiting Resource Center website. The NHVRC is led by James Bell Associates in partnership with the Urban Institute. Support is provided by the Heising-Simons Foundation and was previously provided by the Robert Wood Johnson Foundation.

Promising Innovations and Pilots in the Child Support Field

The Distribution of Police Officers and Social Workers in US Schools

In the aftermath of George Floyd’s murder, scrutiny of police officers—including those in schools—has increased. Social science research has shown that school mental health staff members contribute more to positive student outcomes than school police. Nonetheless, high school students in 37 states are more likely to attend a school with a police officer than with a social worker.

Data from the 2017–18 academic year show the following:

Though police and social workers are not mutually exclusive, understanding which students encounter which support staff each day can highlight disparities in educational experiences. Removing policing and punitive discipline and replacing them with equitable access to mental health staff and safe schools can be a critical step toward creating a public schooling system that is equipped to meaningfully serve all students.

Partnerships between child care providers and food access initiatives are a promising approach to supporting young children’s nutrition. In this brief, we drawing from examples of two such partnerships that received funding from the Walmart Healthier Food Access grant and highlight three promising strategies those partnerships employ: one that supports children and families directly, one that fosters the capacity of child care providers and their ability to support child nutrition in their own care settings, and one that organizes at a systems level to better coordinate efforts that target families with young children. We provide evidence-based recommendations for building these partnerships in local communities.

Data Appendix to Kids&amp;#039; Share 2021: Report on Federal Expenditures on Children through 2020 and Future Projections

This appendix describes the data and methodology used to estimate federal program and tax expenditures on children in Kids’ Share 2021: Report on Federal Expenditures on Children through 2020 and Future Projections.

Kids&amp;#039; Share 2021: Report on Federal Expenditures on Children through 2020 and Future Projections

Public spending on children represents an effort to invest in the nation’s future by supporting children’s healthy development and human potential. To inform policymakers, children’s advocates, and the general public about how public funds are spent on children, this 15th edition of the annual Kids’ Share report provides an updated analysis of federal expenditures on children from 1960 to 2020. This year’s Kids’ Share report also provides a view of public expenditures from the nation’s initial responses to the COVID-19 pandemic. Our projections of federal expenditures on children through 2031 give a sense of how budget priorities were scheduled to unfold based on economic and legislative responses as of May 2021 but do not include legislation that might be enacted by the end of 2021. View a single-page formatted version of the report with text and charts side-by-side here  .

A few highlights of the chartbook:

Federal expenditures per child were significantly higher in 2020 than in 2019 and prior years, reflecting federal relief efforts in response to the pandemic. In 2020, the federal government spent about $7,800 per child younger than age 19. Federal expenditures are projected to surge even higher in 2021, to $10,700 per child, as the federal pandemic response continues, though under the law in place as of May 2021 they are scheduled to fall back to prepandemic levels.
COVID-19 relief bills enacted during the pandemic expanded assistance to children through three rounds of stimulus checks, an increase in the child tax credit (CTC), an education stabilization fund, expanded child care funding, increased nutritional assistance through the Supplemental Nutrition Assistance Program (SNAP), and increased federal funding for Medicaid. Dozens of other children’s programs and tax credits received smaller increases.
Tax provisions and health programs remain the two largest categories of federal support for children in 2020, accounting for more than three-fifths of all federal expenditures on children. Spending on children through tax provisions is projected to spike dramatically in 2021 as a result of the stimulus checks administered through the tax code and a temporary increase in the CTC.
Despite increased dollar amounts spent on children in 2020, as a share of federal outlays, the $482 billion invested in children in 2020 fell to 7.4 percent of all federal outlays, down from roughly 9 percent in recent years as overall federal spending swelled in response to the pandemic. The children’s share of the federal budget is projected to further decline slightly to 7.2 percent over the next decade, under laws in place as of May 2021.
Interest payments on the national debt are projected, under laws in place as of May 2021, to grow as a share of the budget, from 5 percent in 2020 to 12 percent by 2031, reflecting a higher national debt and projected rising interest rates.
As a share of the economy (GDP), federal outlays for children grew during the pandemic but by significantly less than other budget priorities. Federal spending during the pandemic grew from about 20 percent of GDP to a post–World War II high of 30 percent of GDP, with spending on children growing from around 2 percent to 2.3 percent of GDP.
Over the next decade, all categories of spending on children as a share of GDP are projected to decline below prepandemic levels. Most categories also see declines or remain at similar levels in real dollars.

Home-based child care (HBCC) providers support children’s development and help parents work. In 2019, slightly more than 1 million paid or listed HBCC providers cared for 4.3 million children younger than age 13, and another 4 million unpaid HBCC providers cared for another 8 million children. Despite the important role these providers play, however, many appear unlikely to participate in or benefit from public supports. Our recent reviews of their involvement with a diverse set of federal programs and services, including the Child Care and Development Fund, the Child and Adult Care Food Program, home visiting services supported by multiple funding streams, infant and early childhood mental health consultation, and financial supports from the Small Business Administration, find that HBCC providers are consistently less likely to benefit from these programs and services. This brief provides an overview of some common barriers HBCC providers face across these federal programs and services and explores the extent to which networks of home-based providers—such as staffed family child care networks or informal networks—could help address these barriers if provided appropriate resources and supports.

This brief provides an overview of opportunities, challenges, and steps needed to expand infant and early childhood mental health consultation (IECMHC) to support more home-based child care (HBCC) providers. It is one of a series of briefs on supporting HBCC providers’ participation in a number of federal programs or service systems. Based on interviews with experts and a review of the literature, we first describe the HBCC context and how it is unique and then describe the basics of mental health consultation, how it is funded, and its benefits for child care providers and children. We discuss challenges and considerations for expanding IECMHC to support more HBCC providers, recommended action steps, and future directions for research to address gaps in knowledge.

The Role of Home Visiting in Addressing Diaper Need

Diaper need—i.e., not having enough diapers to keep an infant or child clean, dry, and healthy—is a common problem that can impact children’s physical and developmental health, parent mental health, and family economic well-being. Home visitors can help alleviate diaper need because of their frequent interactions with families of young children. Home visiting programs can partner with local diaper banks to help distribute supplies directly to parents and caregivers. This research brief produced for the National Home Visiting Resource Center summarizes existing research and identifies four promising strategies to address this important issue.

This brief was developed for the National Home Visiting Resource Center and is available on its website. The NHVRC is led by James Bell Associates in partnership with the Urban Institute. Support is provided by the Heising-Simons Foundation and previously from the Robert Wood Johnson Foundation.